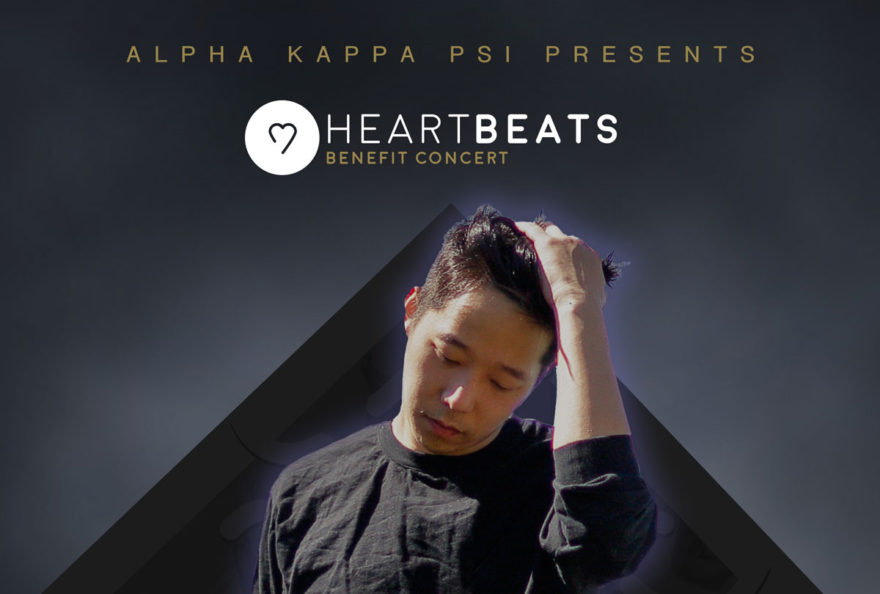 While Officer Training and registration for PBLI in the San Francisco Bay Area were well underway, members of San Francisco State University’s Psi Kappa Chapter were hard at work putting on a benefit concert to give back to the City of Hope Cancer Research Hospital.

“The HeartBeats Benefit Concert has been over a year and a half in the making,” said Jason Adauto, San Francisco State ’15, project lead for the concert. “The idea stemmed from 2 main things: 1. I wanted to give back to City of Hope Cancer Research Hospital after losing my best friend to cancer during my first year of college; and 2. As a member of a student-run organization, I wanted to enhance the student life on campus by allowing students to give back to an awesome non-profit organization, while also enjoying a fun, social event.”

Throughout the process, the chapter inevitably faced a few uphill battles. One obstacle was finding an artist to perform and raising enough money to fund the entire event. The chapter sent out countless emails inquiring about artists – some receiving no response and other with additional questions about their budget. When they were seeking artists for the concert, the chapter determined the genres that might cater to their target audience. “Due to the nature of this event,” said Aduato, “we wanted the artist’s vibe and stage presence to align well with the mission of our benefit concert while simultaneously appealing to our audience. As time went on, we finally had options to work with when selecting the headlining act. Long story short, we selected the bay area’s most beloved hometown DJ, Giraffage.”

Another obstacle was finding funding. The chapter began their fundraising process by selling In-n-Out to students in the library during finals week and Krispy Kreme donuts to working professionals in the financial district during the summer. This method of fundraising was successful in the beginning, but still wasn’t enough to cover their substantial budget, so they began actively seeking corporate sponsors.

As a new project, there was some doubt the event would take shape, but with more and more progress being completed, it started to become a reality. The HeartBeats concert provided the chapter with many unique experiences: networking and outreach in the music industry, creating a marketing campaign, and seeking corporate sponsorships/partnerships. The success of the project was ultimately determined by the constant involvement of the chapter members.

When asked if he hopes the benefit concert will continue and grow, Aduato was very excited about the future. “With 1,000+ tickets sold, I can proudly say that the chances of this event happening again are very high!”

Watch their promo video from December 2016.