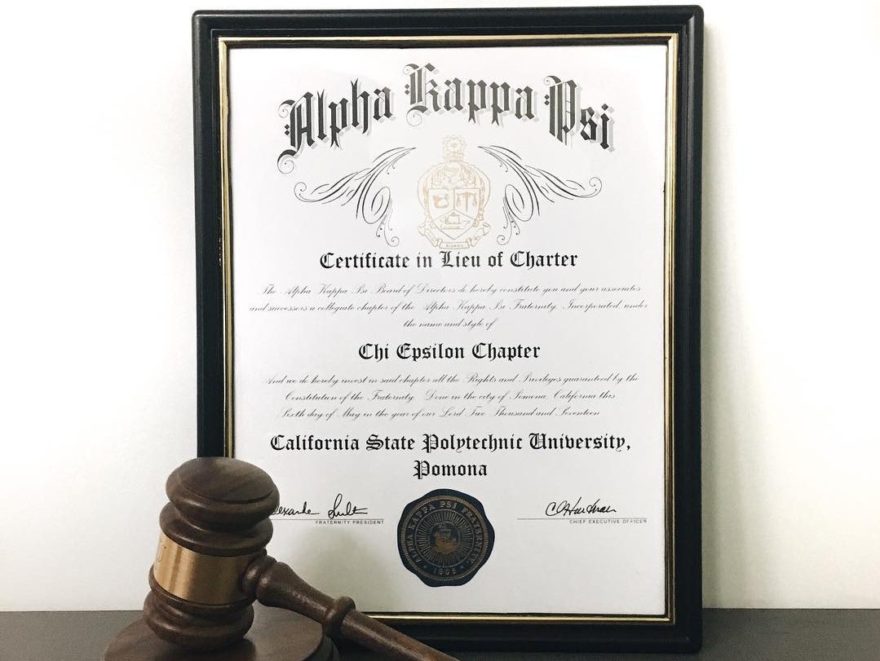 On May 6, the colony at California State Polytechnic University, Pomona installed as the Chi Epsilon Chapter with 35 newly initiated members; six additional students are to be initiated at a later date by the chapter.

The group began as a discussion between five students at Cal Poly Pomona in early 2016. The five students recognized the lack of a professional business fraternity on campus and wanted a way to connect the different colleges to create a network of knowledge. Led by then colony president Henry Chen, 10 students colonized in September 2016. During their colonization period, the chapter put on various professional, social, and service events. For one of their community service events, a group of 20 students volunteered for the Brea 8K Run in support of a local high school’s programs. During one of their social events, colonists held a bonfire where they were able to get to know and understand one another in a relaxed environment. “An important component of the bonfire was also to set up an environment where everyone can talk about themselves deeply and what motivates them as individuals,” said the chapter. “At the bonfire, several of us shared items that were very important to ourselves such as why we want to make money or the reasons for waking up every day doing what they do. The event truly allowed everyone to better understand each other on a deeper level.”

In a letter of support for chartering, Colony Advisor Christopher Chen, UC Riverside ’08-Life expressed his enthusiasm with their progress and readiness to become a chapter. “It has been a great pleasure to have provided my knowledge and guidance to the colonists of the Alpha Kappa Psi Fraternity at Cal Poly Pomona. From my interactions and communications with the colony executive board, it is evident that they have internalized and practice the five core values of Alpha Kappa Psi. Furthermore, they have created a strong foundation on which a thriving chapter may be built and maintained.” 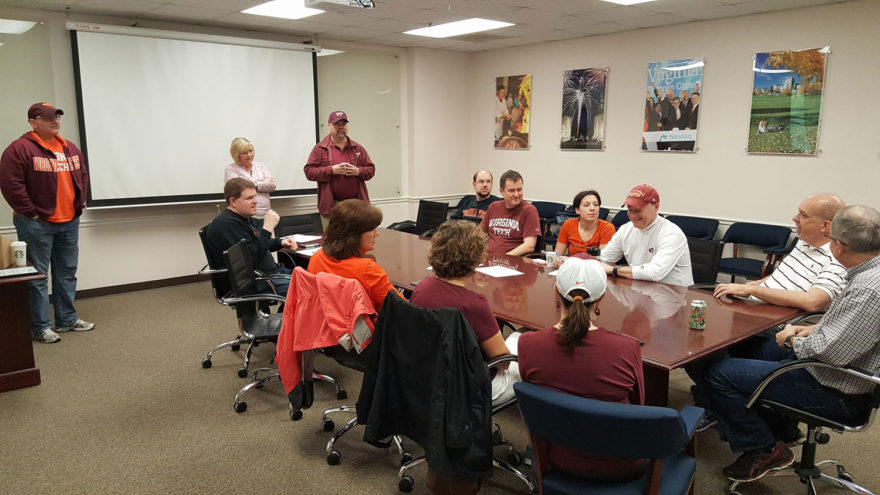 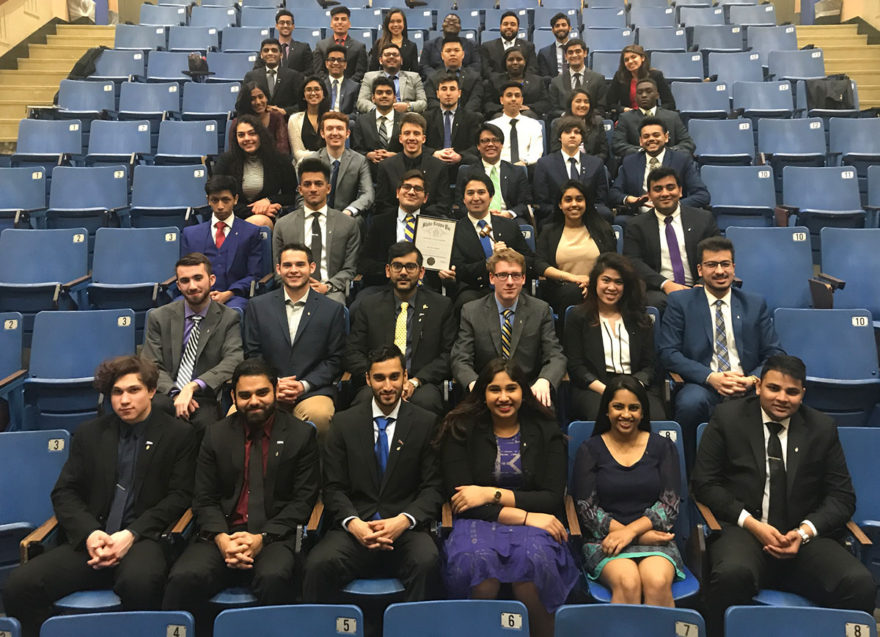 After starting their journey in September of 2016, the colony at the New Jersey Institute of Technology (NJIT) installed as the Chi Zeta Chapter and welcomed 44 members into the fraternity. 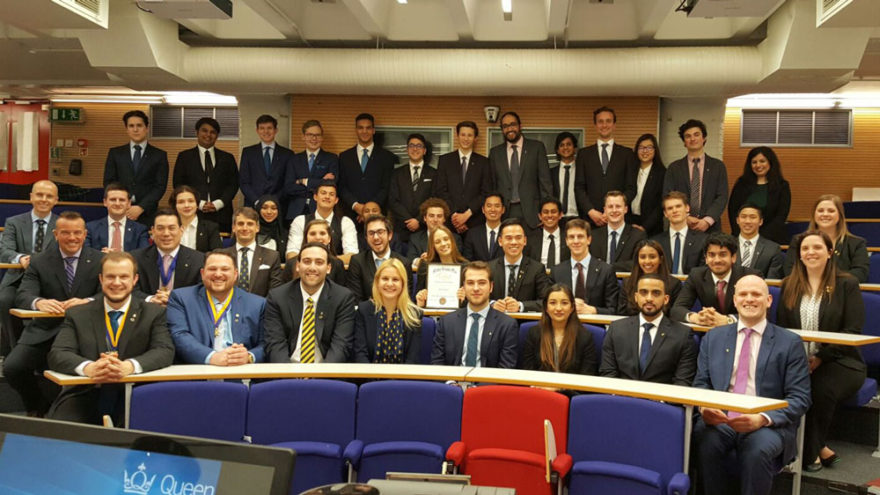 After three Queen Mary University of London students joined AKPsi during their exchange with the University of Miami, they returned to London eager to establish a new colony. From the start, the members have been on a quick but dedicated track to  becoming a full-fledged chapter. 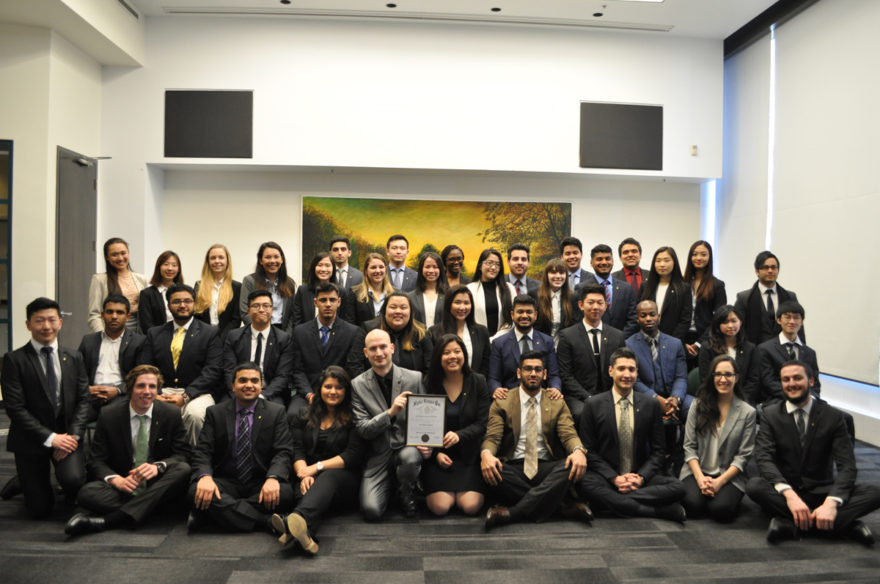 After beginning their journey in 2013, the colony at Simon Fraser University officially installed as the Chi Theta Chapter.