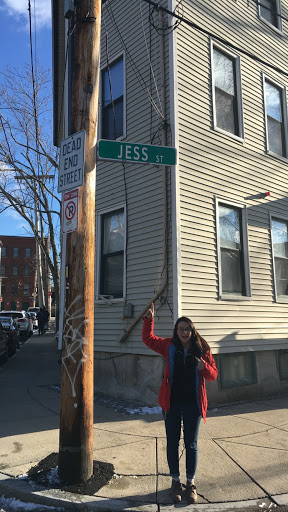 Meet Jess Seabolt, Chapter Educational Resource Coordinator (CERC) for Area III. The CERC is responsible for assisting and working with AKPsi chapters. Jess graduated from Franklin College in 2017. She joined the staff in November 2017. Find out what you and Jess have in common!

Immediately before working here, I was a tanning consultant at Sun Tan City, though I spent a lot of my early professional years as a journalist where I covered Indiana government. It was unusual because I remember being able to text some of the lawmakers for stories. Plus, I got a lot of exercise from running up and down floors in the capitol building. For someone who is very directionally challenged and gets confused easily, I cried a lot in that building.

I was, and still am, made fun of a lot for being a picky eater. I honestly don’t favor a lot of things, but the food that comes to mind is mushrooms. I will take it to my grave that they’re a fungus and you should not eat them.

I would say I’m messy, but my mess has a place.

Getting to work with students. In college, I found out that my passion was advancing the student experience and that’s what I get to do with this job.

My way to define success is when the student(s) that I’m helping can look back on their officer or general member experience and see that they got something positive out of it. That way, in my experience, helping advise the Interfraternity Council at my alma mater, that’s how I knew I was successful – because they felt successful.

I’m trying to think of something I do that could be considered annoying. Like I’m good at accents, but that’s annoying. I used to be a cheerleader, so I guess I’m very flexible.

I’m from Salem, IN. It’s located in south-central Indiana, near Louisville, KY. Not to be confused with where the witch trials took place.

My favorite meal is Czech goulash. It’s a type of stew, typically served with bread dumplings. I had it every time I could when I was studying abroad in Eastern and Central Europe.

Just to get it out of my system, I would want to be an archaeologist. Like the Indiana Jones version where I go on adventures.

I like to play with makeup. In some parallel universe, I’m a beauty guru with 10 million subscribers on YouTube and I get PR packages and do like 6 smoky eyes every day. I like messing with makeup, even though I don’t wear makeup every day.

I think true leadership is knowing when to let go of the reigns a little bit. Usually, when you’re a leader you must delegate tasks a little bit. You also want other people to learn and get something out of their job or their position. You can’t be the only person doing stuff and not let other people get those experiences.

Honestly, I turn on a Twitch stream for background noise – usually, it’s PlayerUnknown’s Battlegrounds, drink a cup of coffee and go through emails and status changes.

My goal people not in the industry to understand how valuable membership in a Greek-letter organization truly is. I don’t know where I would be if I hadn’t joined my sorority, and I wouldn’t be the woman I am today. I just want other people to know that it’s not Animal House, it’s not supposed to be Animal House, and it was never supposed to be Animal House. It’s such valuable experience, and you get so much more out of it than what is conveyed.

I’d have to choose my favorite president Dwight D. Eisenhower. I’m a history nerd, especially when it comes to World War II history. Since Eisenhower was an integral part of the American involvement in the war, I would love to just sit down with good ‘ole Ike and talk about what we may not have been able to get from history books.