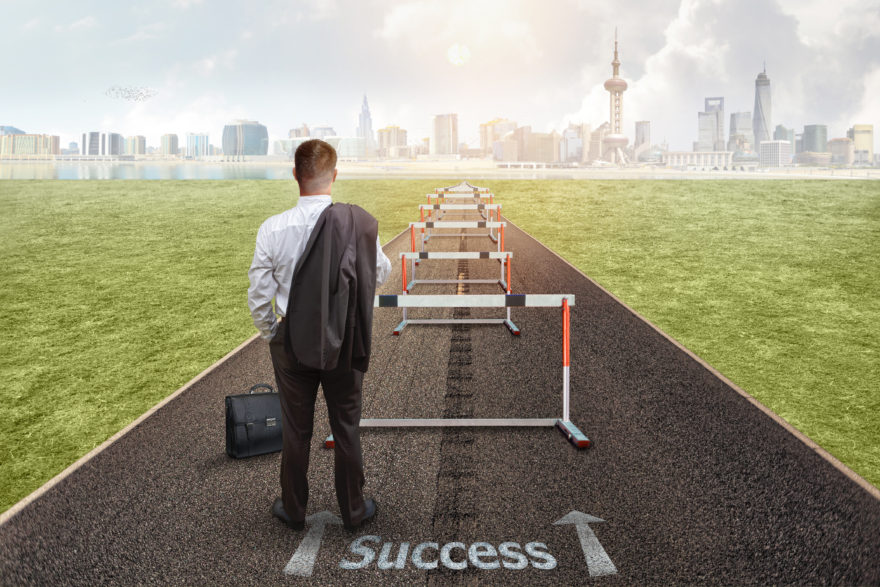 Imagine what it might feel like to have all the odds stacked against you. No one is going to help you. The only things on your side are your own mind and spirit. At some point in our lives, we all face challenges like this. We want to look at some people who, despite the odds, rose above the hard times that came at them. They didn’t accept their lot in life, met adversity head-on, and through sheer resilience, beat it. If you are feeling like life is standing in the way of your dreams, take a page out of any one of these folks’ books in order to find the success you’ve worked hard for.

When Oprah moved to Nashville she eventually became the first African American TV correspondent for WTVF. She moved to Baltimore, then Chicago, working each time to rise through the ranks of local media, facing both misogyny and racism along the way. But Oprah was a notoriously hard worker, who wouldn’t take no for an answer. While in Chicago she turned her AM radio show into a nationally syndicated TV talk show within three years. This led to the Oprah that we know and love today.

J.K. submitted her bestselling book Harry Potter and the Sorcerer’s Stone to over a dozen publishers before her manuscript was finally accepted. All the while Rowling battled sexism. In fact, while she was working with editors, they convinced her that little boys wouldn’t read a book written by a woman. She added the initial “K” to her name in order to have a more “masculine” name. As the series continued, the increasingly dark tones of the story reflected her increasingly difficult personal life. Still, after the success of Harry Potter, she went on to be the first author to be a billionaire. This status didn’t last too long though–she donated so much money she is now “just” a millionaire. Rowling, like everyone else on this list, is a true inspiration.

Do Wan Chang and his wife left South Korea in 1981 during a tumultuous time in the country’s history. They traveled to Los Angeles where Chang immediately took a job at a coffee shop for minimum wage ($3 an hour at the time). This wasn’t enough to support his family, so he took a job at a local gas station and started his own office cleaning company– while working 19 hours a day. After noticing that the people in the garment industry drove the nicest cars, he and his wife began saving their money. After pooling their money they opened a store called Fashion 21. Over time this turned into Forever 21. Their store has since become one of the most profitable apparel stores in the United States.

Jan Koum was born in Kyiv, Ukraine and lived there until the age of 16 when he and his mother emigrated to California. The two secured an apartment with the help of government assistance and Jan got to work sweeping floors at a local store. At this time his mother was diagnosed with cancer and they lived on disability benefits. All the while Koum bought books on coding from a second-hand bookstore and taught himself to code. While he had trouble graduating from high school, as a self-professed troublemaker, he eventually enrolled at San Jose University. He worked his way through school as a software security tester for Ernst and Young. This led to a job at Yahoo and to the founding of WhatsApp, a messaging app that he sold to Facebook for billions of dollars in cash and shares in Facebook.

To be resilient means to do your best no matter the challenges you face. The people on this list saw these obstacles as opportunities to not only grow but succeed. They took adversity in stride and ran right through it. They turned their passions into careers that vaulted them to success. While there are many individual lessons that we can learn from each one of these people, just remember that resilience isn’t a special talent that only certain people are imbued with. This quality is simply the choice to work hard in order to overcome your obstacles.