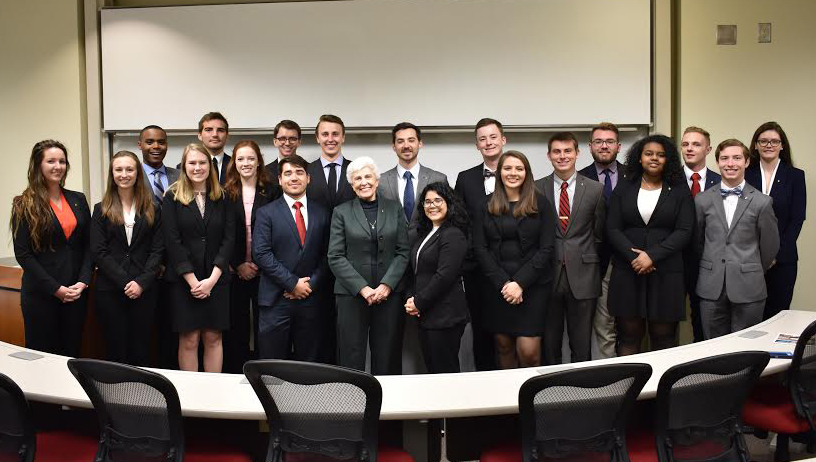 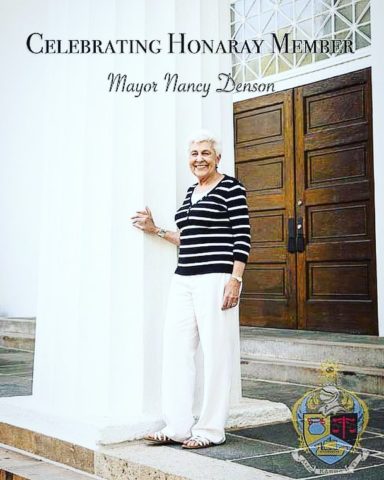 Memphis, Tennessee native, Nancy Denson is third of seven children and in 1966, Mayor Denson moved within the Athens-Clarke county lines. She became a mother of a son and three daughters, who later blessed her with eight precious grand-children that she loves dearly. She received her BBA from University of Georgia and Public Management Certification from University of Georgia Carl Vinson Institute.

In her professional endeavors, Mayor Denson has served Athens, GA and preserved its integrity as the city tax commissioner for 25 years. “Mrs. Denson helped us save our house in 2006 while serving as city tax commissioner,” said Anthony Smith, Alpha Epsilon Chapter’s vp of external affairs. “She helped us structure a tax payment plan that successfully helped us manage our goals. She was a huge proponent in helping us keep our house, and she is the reason we are thriving at 95 years today. Not only has this Terry College of Business graduate helped this chapter stay alive and thrive for 95 years, but she has come into our hearts. Because of her, we can call 545 South Milledge Avenue, our home.”

Contacting and networking with the University of Georgia’s campus reservations for an event venue well in advance proved to be a crucial step. The chapter found that leaving open dates for events on their calendar specifically for collaborative events also came to their advantage. As mayor she is always meeting officials, such as dignitaries from Ireland the day of her initiation, but with the chapter’s flexibility Mayor Denson could choose a date that fit within her work schedule. The chapter plans to invite Mayor Denson to participate in future ceremonies (when available) and hopes to volunteer with some of her future events.

“In recent days, she has asked for a roster of our members to help the chapter network and find connections/internships within the Athens area” said Smith. “She continues to serve in the city council and even on our board of directors as district president. Since 2011, this noble woman became our mayor and has led our city government to be as strong as it is today. Because of our mayor, she is the reason that Athens has the outstanding culture that it does today. She is reason why we can say, “GO DAWGS!”