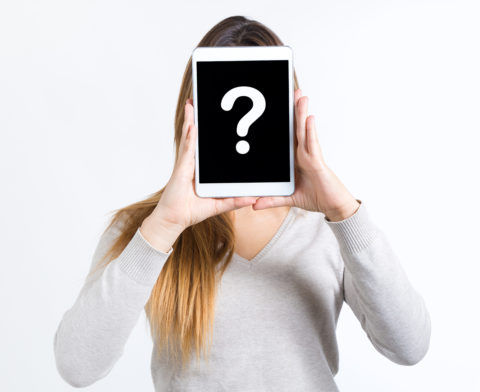 Most people have heard the phrase “fake it until you make it” many times in their lives as it relates to being more confident. You might think of it as something that people who are amateurs in their field do in order to land a job or get a promotion, and this is surely the case sometimes. Over the years, this idea has become a bit of a cliché, but that doesn’t make it less of a strategy that can actually work for you. The key is doing it reasonably. Nobody is going to fake their way onto a space shuttle or onto a professional basketball court, but there are certain situations where faking it until you make it could be the right strategy for you to become more confident.

Psychotherapist Amy Morin writes that a big part of handling a new or uncomfortable situation at work is to be confident by acting “as if.” Which, as Morin describes, “is based on the idea that if you behave like the person you want to become, you’ll become like this in reality.” Though it’s important to remember this technique goes beyond acting like the person you want to be. You need to go further by changing the way you think so you can become that person. Change doesn’t happen overnight, however.  It happens gradually when you act confidently more often. The more positive feedback you receive, the easier it becomes to act confidently. Business Insider says, the more you start believing in yourself, you will become an authentically confident person.

When to “Fake It”

If you have never been a very confident person and are wondering what you might have to do in order to appear as if you’re “making it,” there are some pretty simple things you can do.

Whether you are going in for a handshake or having a conversation, be sure to look into the eyes of the person you are interacting with. Psychology Today posits that looking away or down as somebody talks gives the impression that you are lower on the hierarchy. It might feel weird at first, but you’ll get used to it.

People who complain about work a lot, or just have a generally bad attitude don’t appear to be in control of their lives. A positive person, however, appears to have things squared away and ready to handle problems that get thrown at them. So even if you are in a bad mood, smile and act like everything is okay, even when it’s not.

Ask for feedback about your job performance. A confident person knows that it will only make them better at their job, whereas an unconfident person will be afraid that their feelings will be hurt. Asking what you can do better will tell those around you that you are already confident in what you do, but you still want to improve.

Usually, it’s the people who seem to know it all that are hiding the fact that they don’t know as much as they want you to think. By asking questions, you show that you care about being better at your job. This also implies that you are confident enough in your abilities to let others know you don’t know something. Ask a question instead of pretending to know something – that could potentially make you look incompetent. Asking questions also works if you find yourself in an awkward social situation with little to discuss. People love talking about themselves, so ask some questions to get them talking. Not only will you find out more about a coworker, but it will also appear as though you are leading the conversation, which is exactly what a confident person would do.

If you are new to a job or looking for a promotion, it will be way easier if you carry yourself with confidence–even if you have to fake it for a while. When you wrap yourself in a cocoon of confidence it’s only a matter of time before you emerge as the confident business butterfly that you’ve had inside you the entire time.

Confidence Before, During, and After a Job Interview

The True Meaning of Confidence