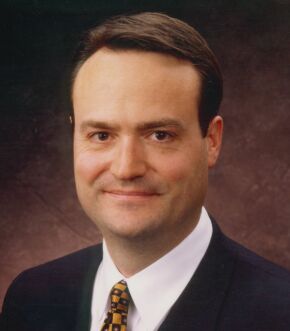 Tom graduated from the University of Minnesota’s School of Management in 1985, where he was a member of AKPsi’s Alpha Eta chapter. He went on to have a successful career in business, becoming Vice President and Chief Operating Officer of Thoratec Corporation.

On 9/11, he was in New York City on business and was set to head home that day. Tragically, he had changed his reservation to an earlier flight so he could get home to his family sooner, which ultimately led to him being a passenger of Flight 93.

In an NBC interview, his loving wife, Deena Burnett, said, “Tom and the people of Flight 93 came very close to saving the plane. And of course we live with that every day, thinking ‘what if?’”

The passengers of Flight 93 will forever be remembered as American heroes and Tom’s legacy will live on in his family and future business leaders for generations to come.

Tom’s family founded the Tom Burnett Family Foundation in his memory, to help empower youth to become the leaders of tomorrow. The Alpha Eta Chapter holds an annual golf charity to raise money for the fund. Since 1988, the Alpha Eta Scholarship fund has awarded $1,233,292 in scholarships to 204 recipients.

Current Alpha Eta President, Sidney Enninga, described the chapter’s passion for the event: “The members of AKPsi attempt to exemplify Tom’s leadership and courage on a daily basis. He served as our chapter president from 1984-85 and was liked by everyone. We started the Tom Burnett Charity Golf Tournament to honor his story, while bringing those close to him a little closer. Tom loved golf, and that is why we are inviting all of his family, friends, classmates, and colleagues to come support those scholarships that strive to further his legacy.”

The 2021 event will be held September 23 at the Oak Glen Golf course in Stillwater, MN beginning at noon. 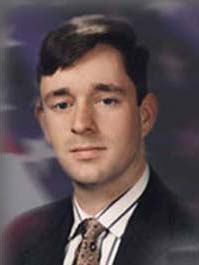 David was a 1994 graduate of Fordham University’s business school, an active member of AKPsi’s Epsilon Psi chapter, an honor student, a member of the Globe Program, and Chief Executive Officer of the student-run Fordham Federal Credit Union.

At just 29 years old, David was serving as Vice President at Keefe, Bruyette & Woods on the 89th floor in Tower Two of the World Trade Center on September 11th. He had plans to marry his fiancée Amy later that November.

David’s family and friends established the David H. Winton Foundation and a scholarship fund for graduating seniors at Wethersfield High School, where he graduated as a scholar-athlete in 1990. Their annual memorial golf tournament which ran from 2002 to 2016 raised nearly $100,000 for college-bound students, and they continue to award the scholarship each year.

Learn more about the David H. Winton Foundation on Facebook. > 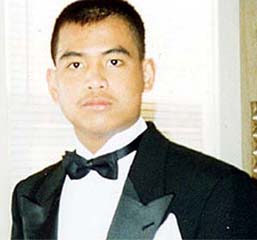 Jayceryll (Jacy) graduated from Rutgers University in 1999 and was a member of AKPsi’s Omicron Tau chapter. Jacy had recently passed his first level examination to become a financial analyst and was working at Fiduciary Trust International in Tower Two of the World Trade Center during the attack. He was just 24 years old.

Jacy is remembered by his family and friends, including his Omicron Tau brother, Chad Olsyzyk. Chad and Jacy, along with 28 other Rutgers business students, founded the Omicron Tau chapter of Alpha Kappa Psi in 1998.

“I only knew Jacy for what now seems like a quick 3 ½ years, but his direct impact still lives within me. As one of the oldest brothers in the fraternity and because he was in Delta Chi, we looked to him for guidance. He wanted Alpha Kappa Psi to be a true professional business fraternity that helps college students become the best business associates after graduation. That’s the chapter foundation we built because of him,” Chad recalls.

Chad and other AKPsi members along with the de Chavez family pulled together to create the Jacy de Chavez World Trade Center Memorial Scholarship.

“Nearly 700 business students in the past 20 years have gone out to the business world better off because of this foundation he created. Jacy had an immense sense of determination, and integrity, mixed in with a little sense of humor, and these characteristics were contagious to those around him,” adds Chad.

Learn more about Jacy’s legacy on his 9/11 living memorial page. >

The legacy of our fallen brothers lives on in their families, friends, and the many lives they touched. We remember them this year, and always.

We live in deeds, not years;
In thought, not breath;
In service, not in figures on the dial.
We count time by heart-throbs,
When they beat for God, for man, for duty.
He lives most who thinks most,
Is noblest, acts the best.