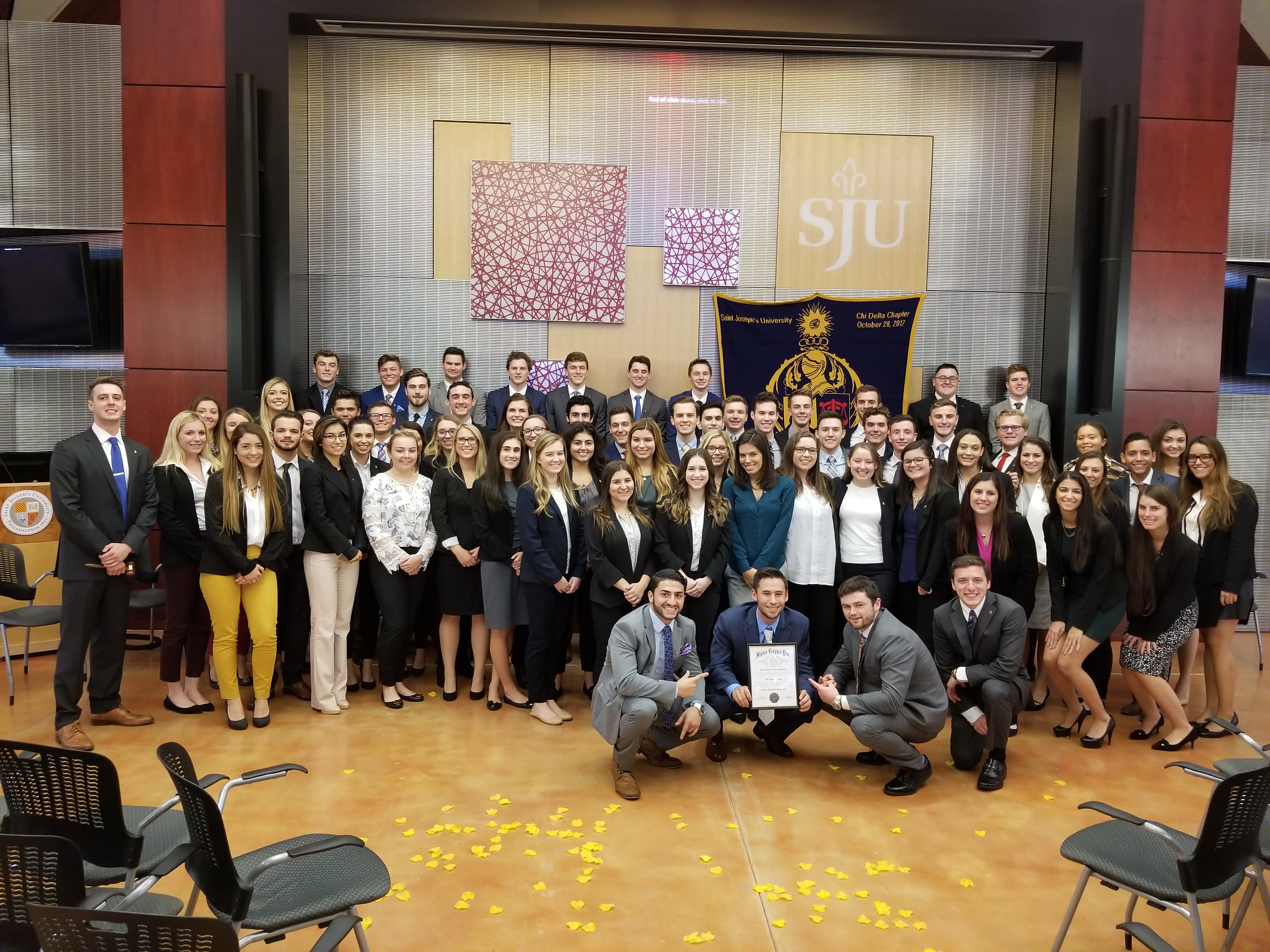 On Saturday, October 28, 2017, the colony at Saint Joseph’s University in Philadelphia, PA installed as the Chi Delta chapter of Alpha Kappa Psi.

Chi Delta’s journey began over a year ago when two sophomores, Tim Brandt and Sam Zimmerman, expressed interest in starting a chapter of Alpha Kappa Psi Fraternity. The two students saw the need for a friendly, inclusive, and diverse business fraternity on their campus.  The duo set out to recruit members who shared the same vision. A total of 90 individuals were colonized in February 2017 with 83 now slated for their official charter. With the help of the Fraternity Ritual Team, Garden State Alumni chapter, Eta Psi chapter, and Chi Omicron chapter alumni, 65 colonists were initiated on Saturday, and the remaining colonists are scheduled to initiate between November 2017 and May 2018. Fraternity President Mike Dickerson cited this installation as one of the largest installations he’s been a part of during his time as a volunteer.

After executing two professional events, three service events, and a successful fundraiser, the colony demonstrated the time management and planning skills necessary to become a successful chapter. While recruitment was not a major concern for the very large colony, they attended campus involvement events to promote the Alpha Kappa Psi name. As a result, the colony received interest from students on campus looking to share a bond based on business principles and servant leadership. The former University President, Mark C. Reed, Ed.D., stated, “The enrollment goal is to average 50 new students per year…I do believe the addition of Alpha Kappa Psi fraternity at Saint Joseph’s University will be a mutually beneficial relationship and that our students will invest in the growth and success of the chapter.”

The Chi Delta chapter’s next steps include recruiting a younger pledge class in the spring to carry on the chapter, attending President’s Academy, Officer Training and PBLI, and networking with nearby chapters in Philadelphia.